Last summer, Dirk found a 2003 Jaguar XKR sat on the roof of a car park badly damaged covered in mildew, moss and with no headlining. This once loved sports car needed rescuing, the Ultimate way… 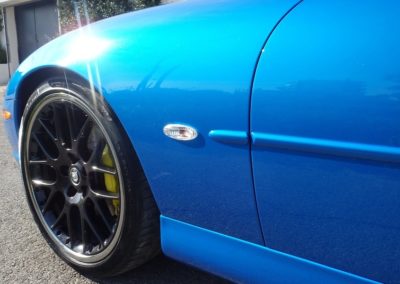 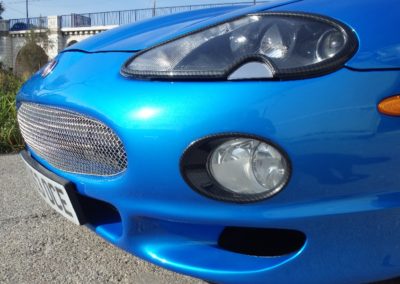 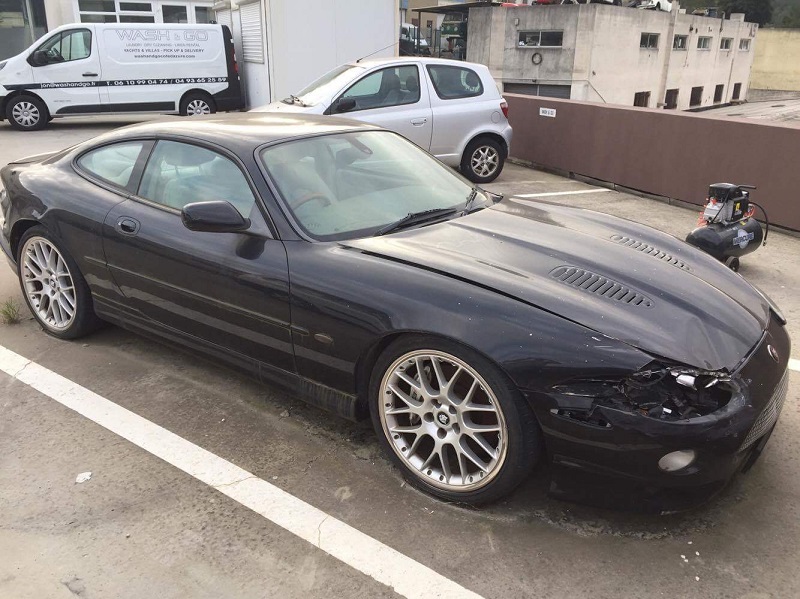 The Jaguar XKR is an iconic British sports car. This model ran from 1996 to 2006 and the 2003 XKR – which this is – came with a punchy 4.2 supercharged engine. It was such a shame then for Dirk to find such a legend of a vehicle in such a damaged state, but he was a man with a plan for this gem in the rough.

Last summer, Dirk approached the owner who was very reluctant to sell it. But eventually he accepted an offer knowing the potential it had with Dirk and the Ultimate Yacht Refinishing crew.

A few days later, Dirk arrived with a new battery, the keys and a can of fuel. He connected it all up she fired up first time – after 3 years standing on a garage roof! It was “game on”!! 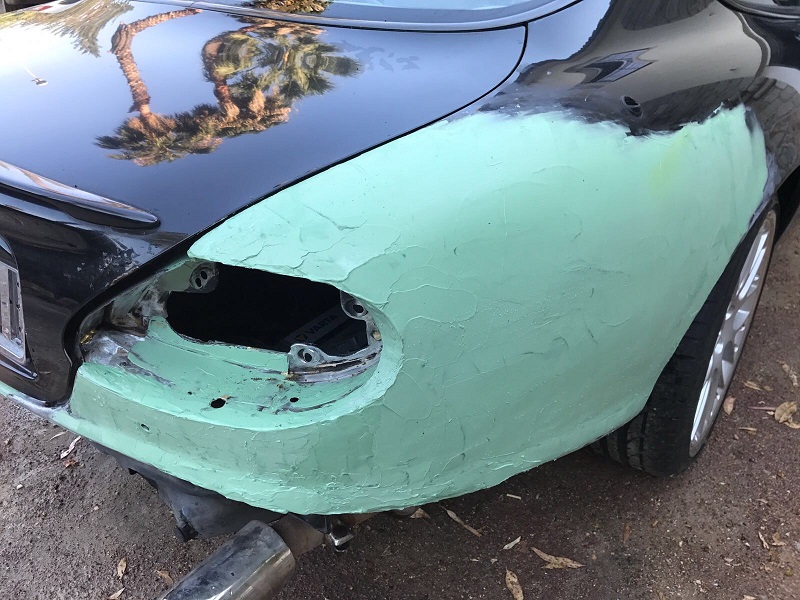 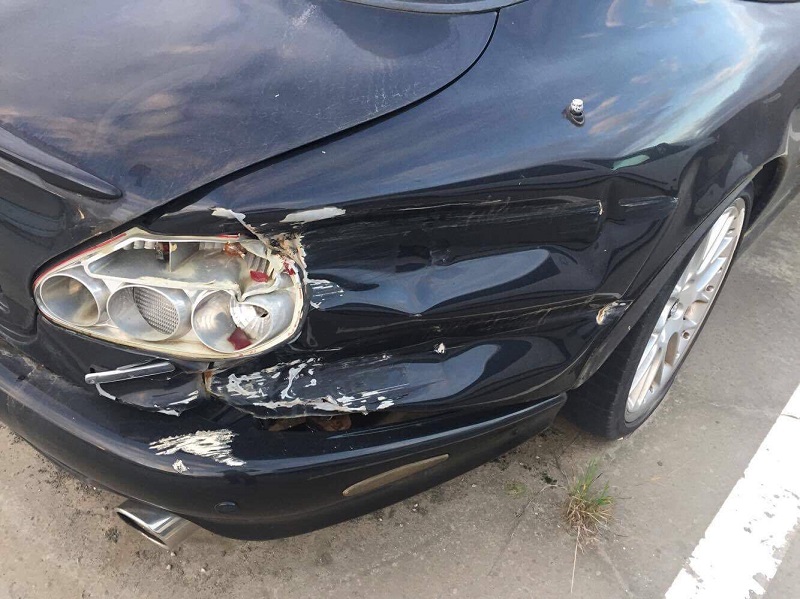 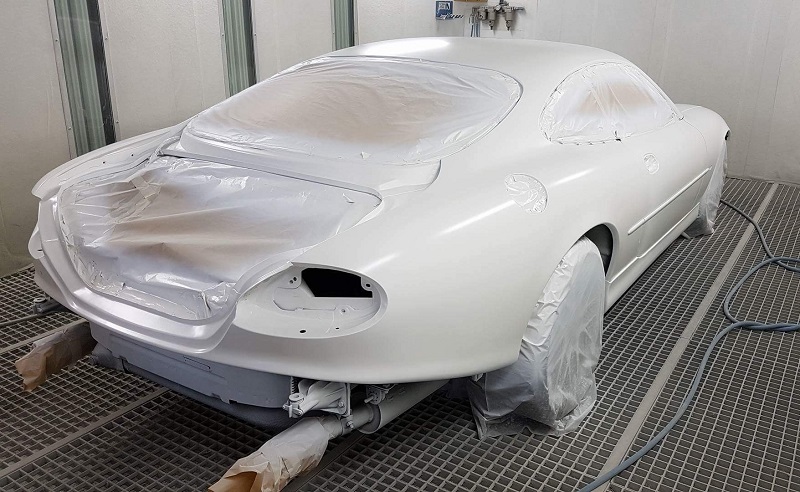 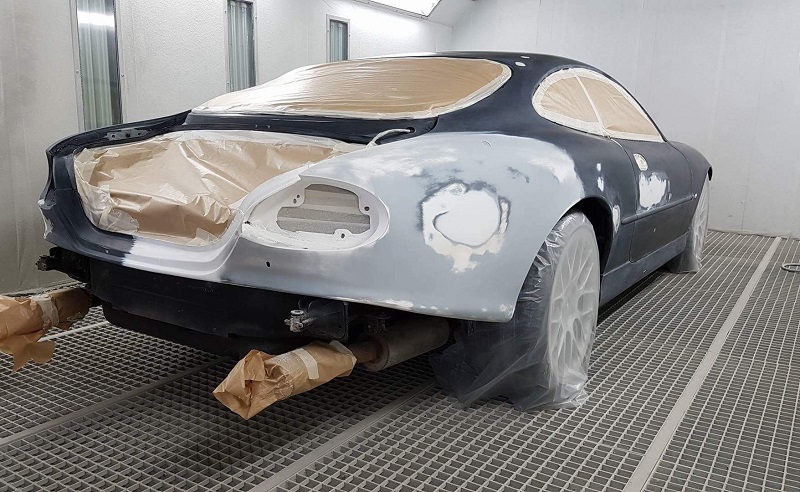 Here are a few pictures of the car highlighting its damaged, original state (front and rear driver’s side), followed by the repair process and getting the car into primer. 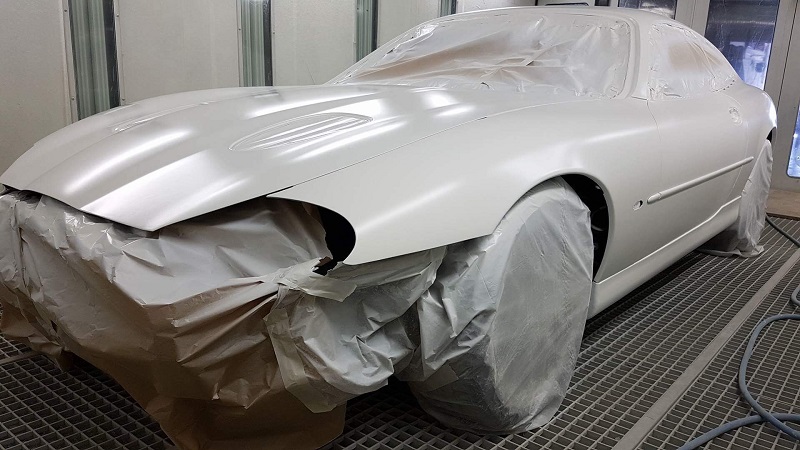 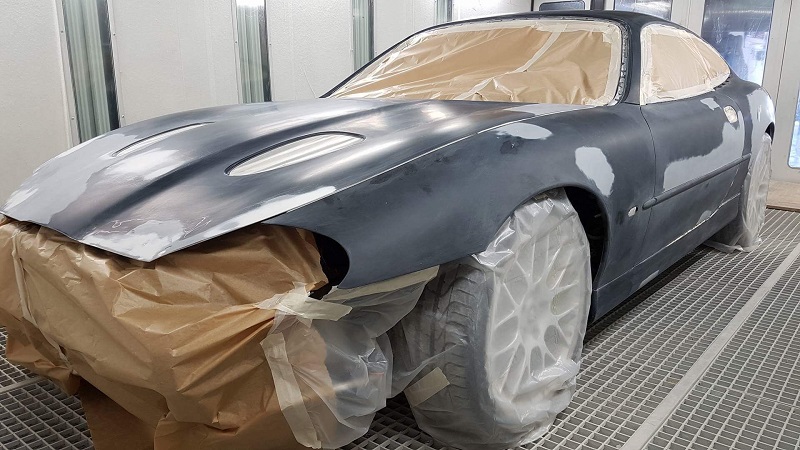 This ‘before and after’ shot focussed on the original damaged front light area versus the polished finished product. 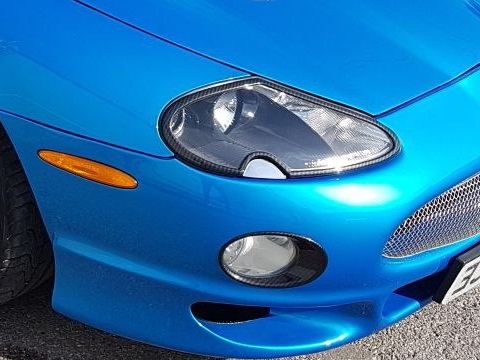 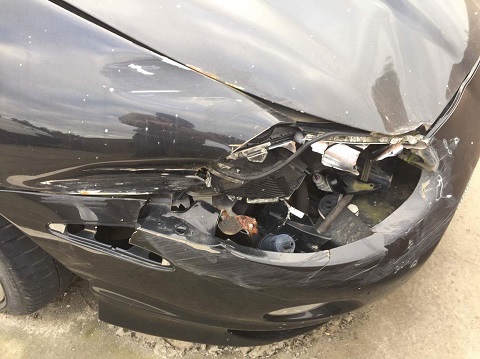 We Did The Inside Too

The dashboard was changed from walnut to a carbon fiber effect (hydrographic by ourselves) along with the bonnet vents, wheels, door handles, light trims and anything else that was inside; anything that we could fit into the hydrographic tank went in!! The effect is a classy modern look and feel that will last for years to come. 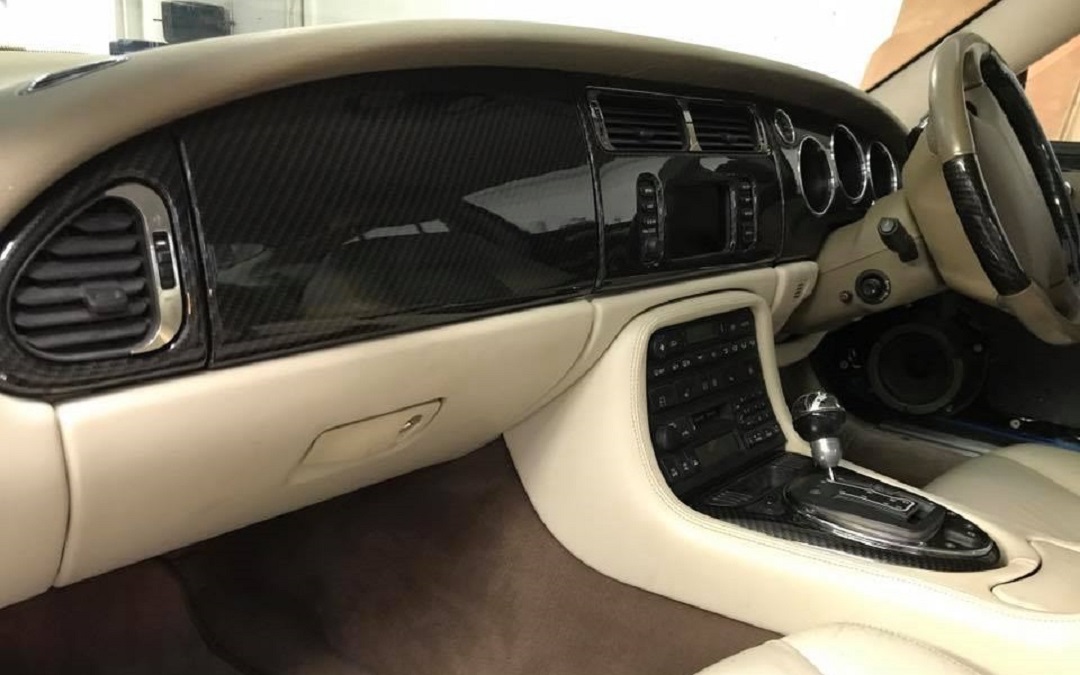 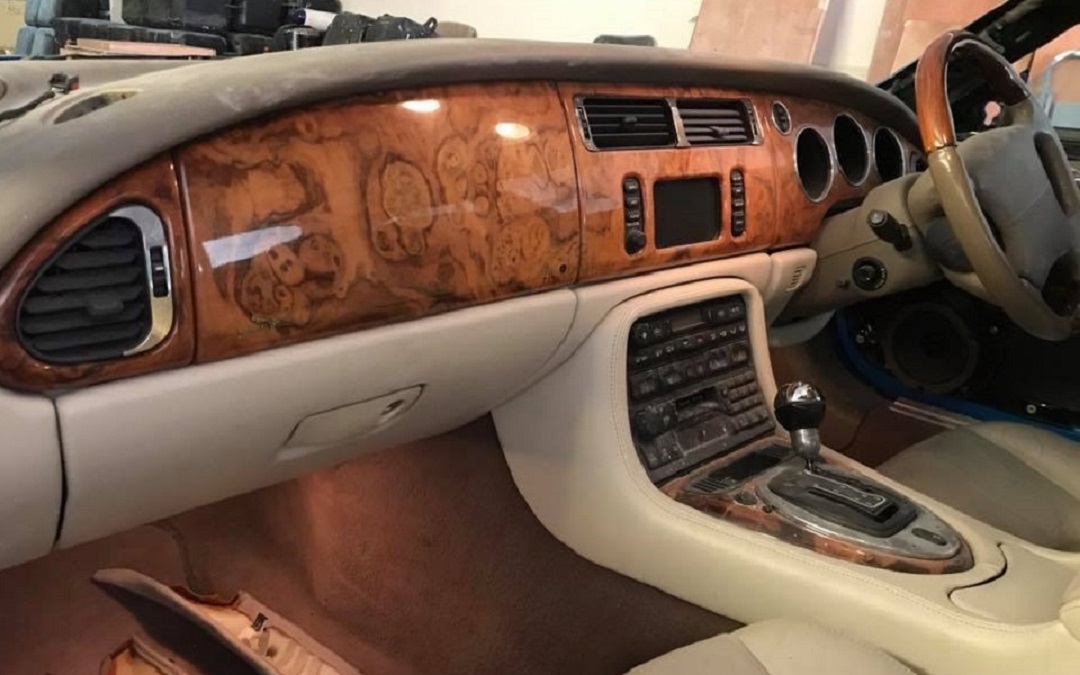 We refitted the bonnet vents, wheels, door handles etc with our usual utmost care and attention. Like with all our work, only 100% is good enough, as we know even a slight deviation from pefect can ruin the whole look of something of beauty. 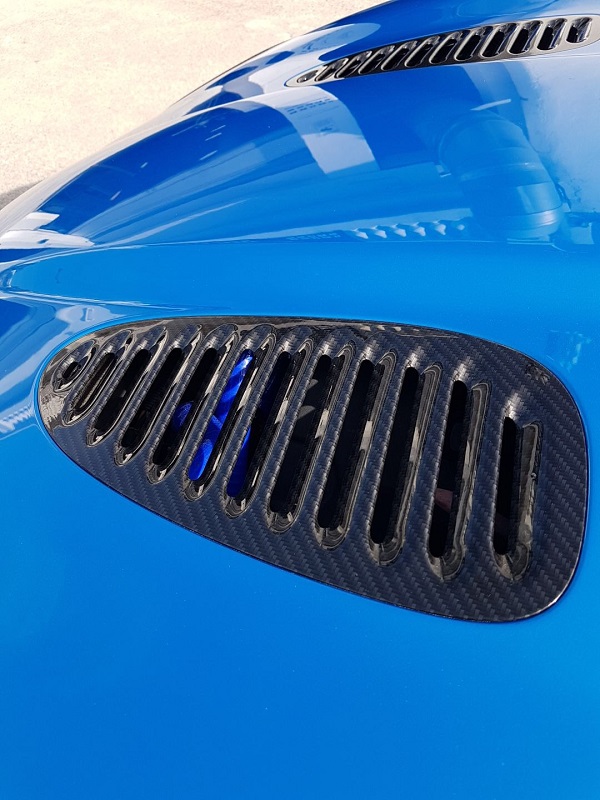 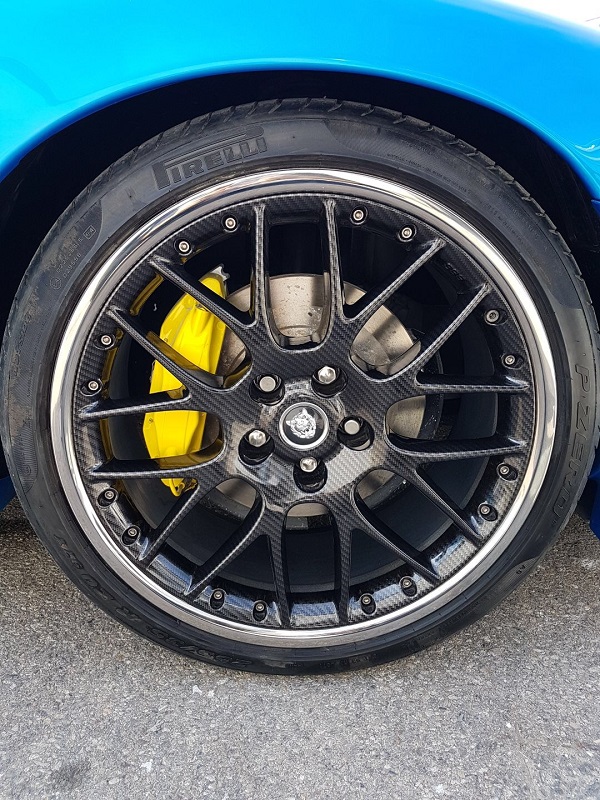 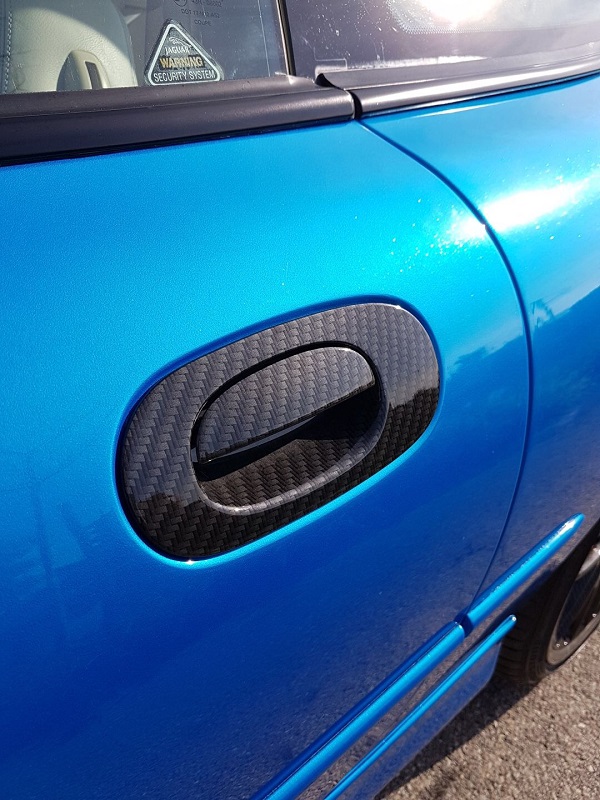 The car itself was painted with a matt solvent basecoat in Capri blue with added metal flake added into the clear for some added effect. This paint is actually yacht paint! The whole car was clear coated and then baked, wet sanded and re-clear coated for some added depth. The final result: a stunning vehicle that proud owner Dirk can show off around Antibe and surrounding areas. 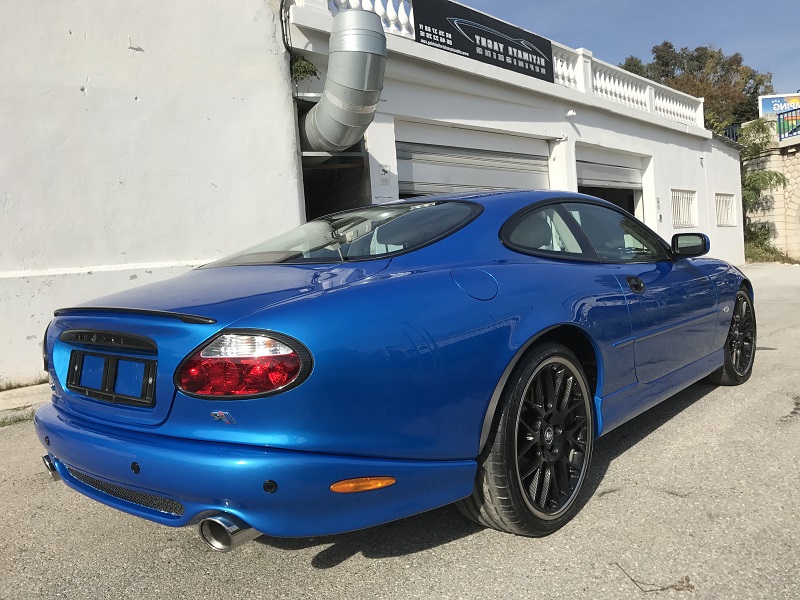 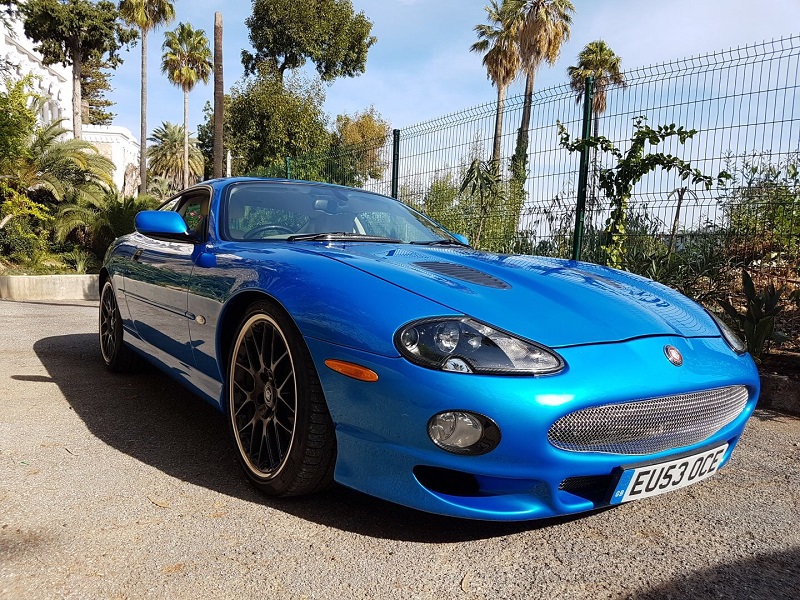 Want to see all of our UYR news items?

× Chat?
We use cookies to ensure that we give you the best experience on our website. If you continue to use this site we will assume that you are happy with it.Ok